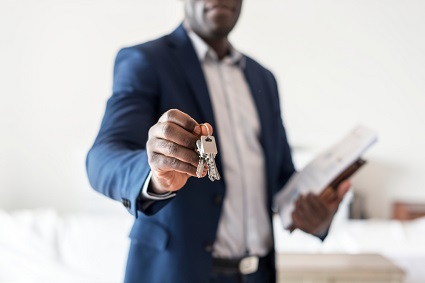 Employees attached to the United Nations offices in Nairobi have accused Kenyan landlords of extorting them.

The staff lamented that Nairobi landlords refuse to refund house rent deposits whenever they move out of their houses. They are now seeking diplomatic intervention to have the matter addressed. The workers have sent a letter to the Permanent Representative to the Kenya Mission for United Nations Office in Nairobi (UNON) Ambassador Rose Makena Muchiri over the matter. In the letter, the staff accuses their landlords of raising unjustified expense claims to hold their rent deposits whenever they vacate or their duties in the country end.

The Business Daily reports that a majority of UN employees rent houses in Nairobi’s high-end neighborhoods such as Runda, Spring Valley, Gigiri and Kilimani where monthly rent ranges between Sh150,000 and Sh400,000. At the beginning of their lease periods, the UN tenants are required to pay the equivalent of two months’ rent as a deposit, which is refundable at the end of their tenancy. However, the UN staff claim Kenyan property owners refuse to refund the deposit at the end of their stay.

“It is now widely-acknowledged that one of the key negative reasons expats and UN staff are apprehensive of serving in Kenya is this threat. I believe this is causing serious reputational damage that could be unwarranted if addressed properly and transparently,” says UN Nairobi Staff Union president Martin Njugihu in the letter. Njugihu says the trend could damage Kenya’s reputation as a host country to the global body. The union wants the Rent Tribunal to visit the UN offices in Gigiri to assess some of the outstanding cases for guidance.

“UN Nairobi Staff Union will form a committee that will explore various options available to tackle this issue. We believe the matter has reached such a level that requires immediate action,” adds the letter. – Anonymous